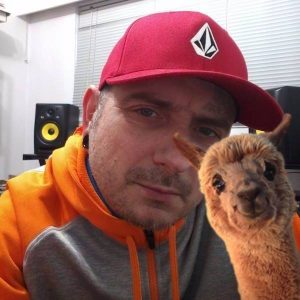 Located in Kamloops BC I’m a photographer specializing in Landscape, Urban, Nightlife and Adventure/Off-road photography.

I’ve been practicing and evolving my photography skills since 2001. What started as an artistic way to relieve work stress at a fast evolving Internet company turned into a full time hobby. Little did I know how much money was involved in buying and having film developed every few days lol luckily semi affordable digital DSLR’s were only a few years away. 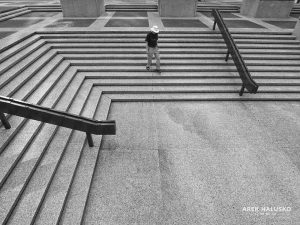 Urbanscape/City Life: This was my first style of photography when I started out. 99% of the photos were downtown Vancouver and included both street style shooting and architectural and abstract.

At that time this was the only style I really wanted to explore and didn’t see any desire to explore something like Landscape photography. I got deeper into shooting urban architecture after seeing and reading a book at Chapters downtown Vancouver about Horst Hamman and his vertical panorama shots. This was quite an eye opener for me.

Black and White: When I started to experiment with shooting urban architecture it also evolved into trying out B&W conversions of my photos. The B&W conversions really stuck with me as you could really bring out some great textures and patterns in buildings and basic city structures. 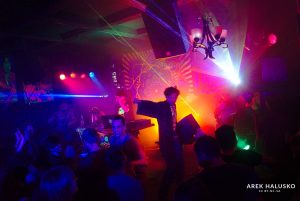 Night life/Nightclub/Rave: This  was my next step in exploring different styles and came as a desire to keep a record of nightclubs, after hours and raves I attended in Vancouver in the late 90’s and early 2000’s. I missed recording my early nightclub and rave days so time was running out to at least have some visually recorded memories.

As times changed and there was less time for nightlife and spending full days downtown Vancouver this style was put on hold from about 2005 to 2017 when I got my hands on a Sony A7s and attended my first rave in 15 years.

In the early days I used flash as film and digital cameras were limited to high ISO and experimented with no flash using Fuji Superia 1600 film but that was still limiting.  Along came the Sony A7s and finally was able to do true no flash photography with up to ISO 12600 for some unique moody and colourful images. Downside to using available light only is the keeper rate is low but when you do get one it’s worth the wasted shutter counts. 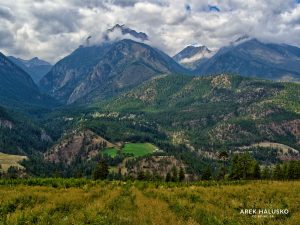 Landscape and Adventure: As times changed and new interests grew I got into landscape photography as I travelled through British Columbia on road and off road.

With several different biomes with in a few hours drive from each other and  100’s of km of Forestry Service Roads, BC is an amazing place for anyone interested in landscape photography.